Who snatched pole in Styria? Watch all the best bits from Saturday at the Red Bull Ring. 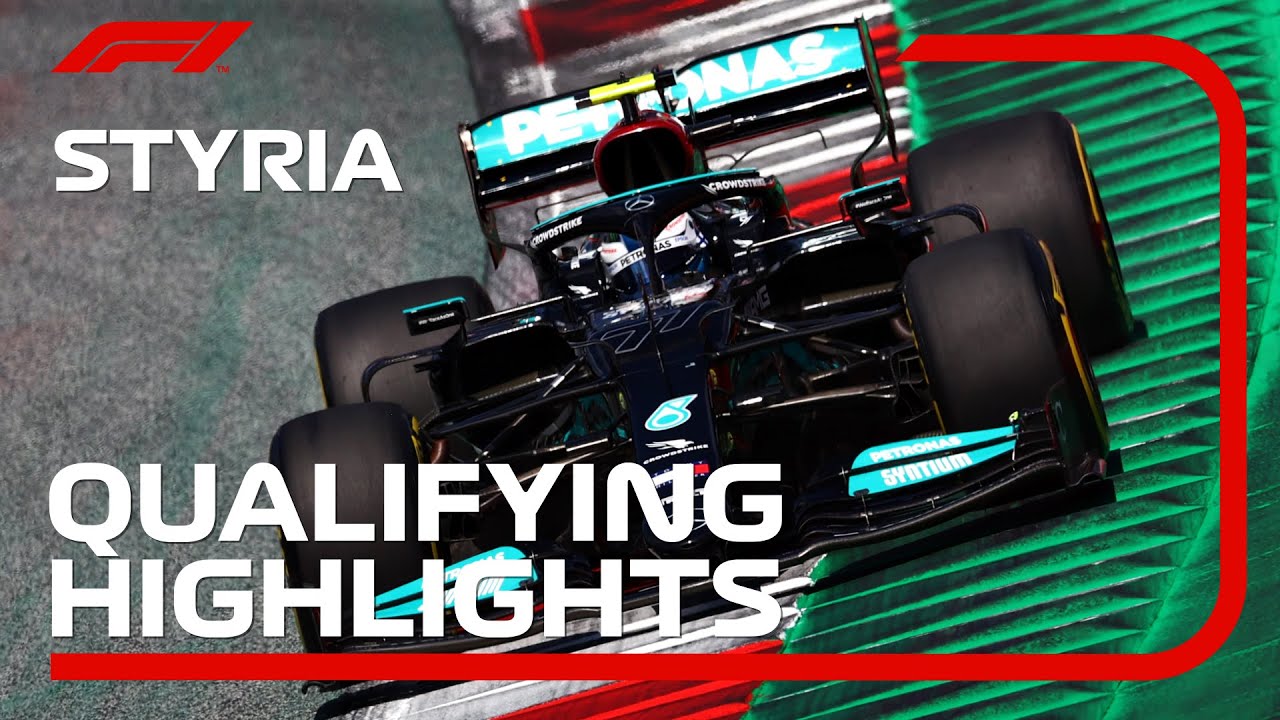 Russell goes 7th fastest as he crosses the line. And Latifi down in 10th at the moment for Williams. We're watching Esteban Ocon making his way around the final corner, driver very much at risk. 15th is only 11th. Who behind him can go that much faster? Chequered flag is out, these are the laps that are going to count as Giovinazzi goes 9th fastest, lifts himself very much out of the danger zone. Raikkonen is out of qualifying once more. Kimi, only 17th fastest.

Pierre Gasly goes 5th fastest, Carlos Sainz in the Ferrari needs to find some speed in the final sector and goes 6th fastest himself. Yes, Sainz is faster of all in the middle sector. Now, Seb Vettel needs to find a lap. Alonso goes 8th fastest. Ricciardo quickest through the first sector. Stroll is up into the top 6 for Aston Martin, the pace is there for the car.

Now we're onboard with Sergio Perez, lists himself well away from the bottom 5, goes 5th fastest overall. Ricciardo takes himself out of the danger zone. Latifi now dropping towards it, Ocon's out because he's been pushed down. Sebastian Vettel pushes Latifi back into the bottom 5 with a last gasp drive in this first part of qualifying, but gets him 13th fastest and out of that danger zone. Daniel Ricciardo only 15th fastest after setting the quickest first sector. That's a very bitter blow for Esteban Ocon, who finds himself down in that bottom 5 and out of qualifying. Knocked out in Q1, it's his worst qualifying since the opening race of the season when he was 16th. Charles Leclerc, he's only finished higher than he's started once in 2021, put in a personal best in the middle sector, makes his way through the traffic now towards Turn 9, and he'll see the finish line as he makes his way around turn 10, as Perez starts his final flying lap. Leclerc goes 8th fastest.

That might not be enough for him. He's not going to get a chance really to go again either. Tsunoda goes 7th fastest.

We are onboard now with Carlos Sainz, who briefly is outside of the top 10 and is going to stay outside the top 10. Sainz had it all and then loses it right at the last. Giovinazzi stays outside the top 10 as well, only 13th fastest. George Russell puts his Williams into the top 10. Can Fernando Alonso deny him? Alonso crosses the line! Russell is in the top 10 but for a few seconds before Fernando Alonso kicks him out of the qualifying three. Here comes Lance Stroll, he stays 10th, and behind him, Daniel Ricciardo is on a flying lap, as is his team mate Sebastian Vettel. Vettel only 13th fastest.

Can Stroll make it through into Q3? Can Ricciardo deny him? Norris goes fastest overall.

Great lap from him. Ricciardo only 14th. So Lance Stroll does stay in the top 10. Daniel Riccardo's woes continue whilst his team mate is fastest, well, was fastest. Ricciardo only 14th. Perez crosses the line, and he goes quickest on those soft compound tyres. So yes, Ricciardo 13th, Sainz 12th, Vettel wouldn't have got into the top 10, and I'm just looking at the times here, 0.008 between George Russell and Q3. 28.5 for Hamilton, which is a 10th down on the best middle sector that we've had so far. So it's good, but not spectacular.

A lot of drivers like turn into Turn 9 from the kerb. Lewis doesn't do that. 1:04.2 as he crosses the line, and whilst that is the fastest time we've seen from Lewis Hamilton in qualifying today, it is not quicker than Sergio Perez managed in Q2 on those same soft compound tyres.

Second fastest for Yuki Tsunoda, that time is going to be beaten, though. Verstappen is on an absolute flyer. Gasly matching Hamilton through the first two sectors on this latest run. A 28.3 in the middle sector for Max Verstappen. Told you he was flying, he's nearly four-tenths up at the moment. Gasly goes 2nd fastest, ends up a couple of tenths down on Lewis Hamilton. Max Verstappen has two more corners to negotiate on this flying lap, goes wide, but not too wide, stays within track limits, out of the final 10, Verstappen on provisional pole, and the first man into the 1:03's so far this weekend at the Styrian Grand Prix. Charles Leclerc has had two poles so far this season, second row for him at the moment, only 4th fastest, make that 5th, as Sergio Perez crosses the line and goes 3rd quickest. But he's replaced by Lando Norris, who puts his McLaren 3rd fastest on his first run.

Bottas with a short run to the line, and that puts him only at P4. This is Valtteri Bottas on his last lap. Oh dear.

- "Tsunoda... *** Idiot." - "Copy that." You don't get out of the way by parking in the breaking zone. They're almost racing already, and in fact, Hamilton is getting quite racy, and wants to get past Perez and Norris, and he's now behind Fernando Alonso. Eventually, he's got to commit or put the brakes on. So he goes for the commit. What was that about a gentleman's agreement? We don't overtake each other while we're queuing to go into the pits, right? Hamilton, did he get too racy, Martin, trying to get track position? He's lost a heap of time to the first sector.

He has, but he's in the dirty air of the Ferrari as well, but Lewis certainly thinking this is all about the championship. Now, I forget what the other thing. I'm going for a clearer piece of track.

He might have got the clear piece of track, but it's so far not proving to be the best outcome for Lewis Hamilton. Valtteri Bottas has gone quicker than his team mate through this first sector of the lap. Forget pole position for Lewis Hamilton. This is not going to happen for this afternoon. He's already a half second down, Verstappen- Oh, he's gotten right in there as well. So that's over. Hamilton cannot be on pole. Can he stay on the front row? Well, we'll see who can lay down the challenge.

Hamilton will have to stay at 2nd fastest, Valtteri Bottas next across the line, he does go onto the front row, but he'll take a three-place grid drop, as we've been saying. Pierre Gasly goes 4th fastest behind Hamilton. Lando Norris has put in his best middle sector of this qualifying session, crosses the line.

Second row for Lando Norris. That is a very good lap indeed, as Sergio Perez only 5th fastest for Red Bull. Norris keeps himself on that second row. Max Verstappen crosses the line. One by one, they tried to challenge him here at the Red Bull Ring this afternoon, and one by one, the challenge failed. It is back-to-back poles for Max Verstappen, who starts the Styrian Grand Prix on top. Never looks in doubt for Max Verstappen. Lewis Hamilton having nothing in terms of an answer to the pace of the only man who's been in the 01:03's this weekend. 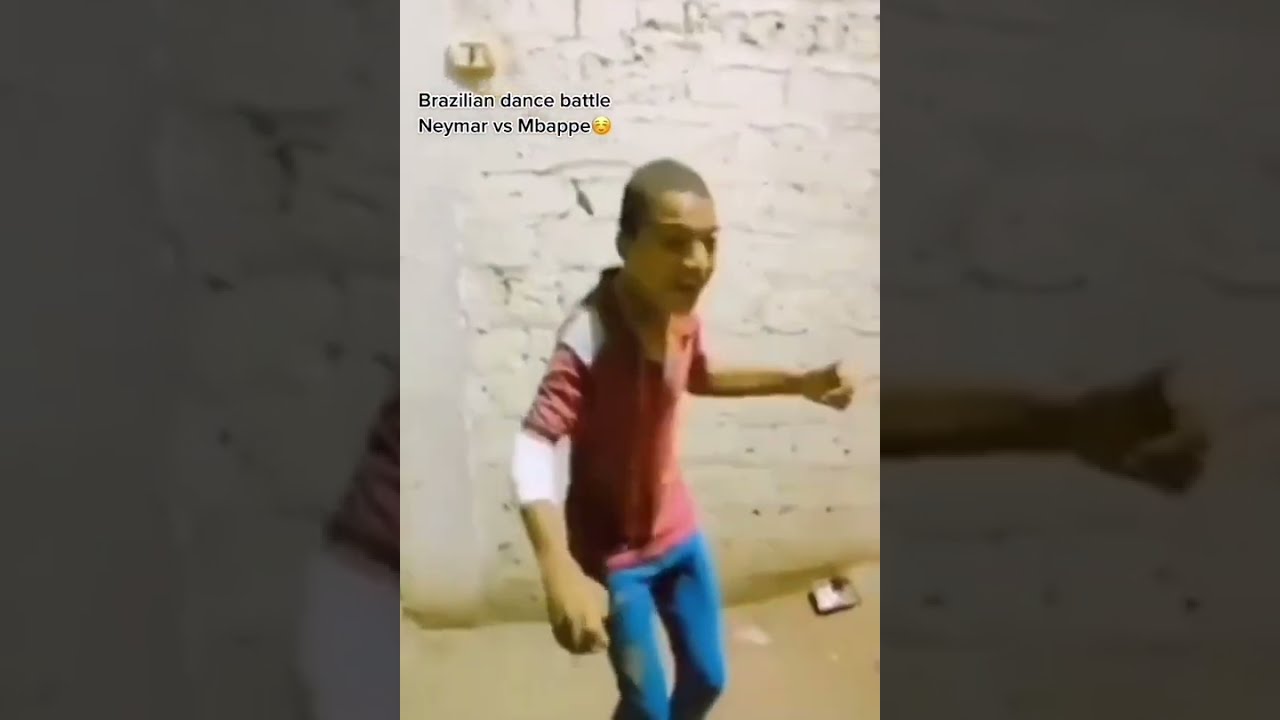 01:38
IShowspeeds Brother ROASTS girl after she calls him ugly
BlondToxic 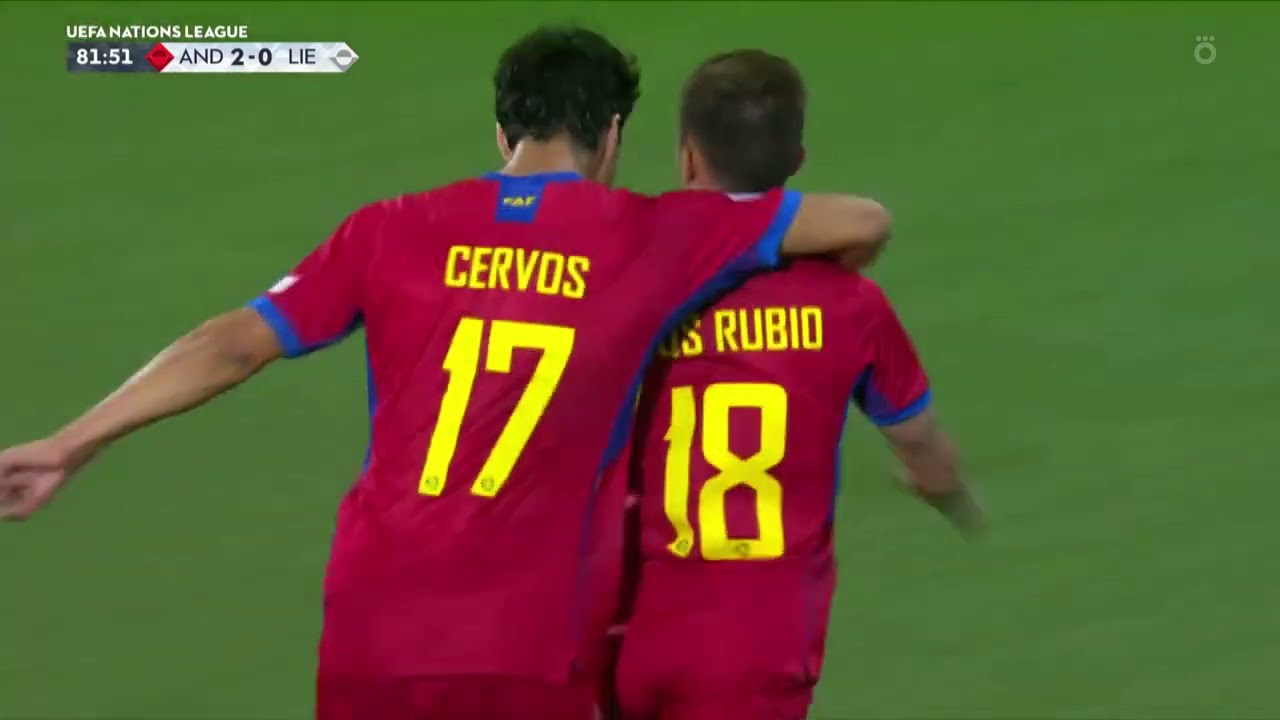 00:06
the slap but with ragdoll physics
Hydroxyl 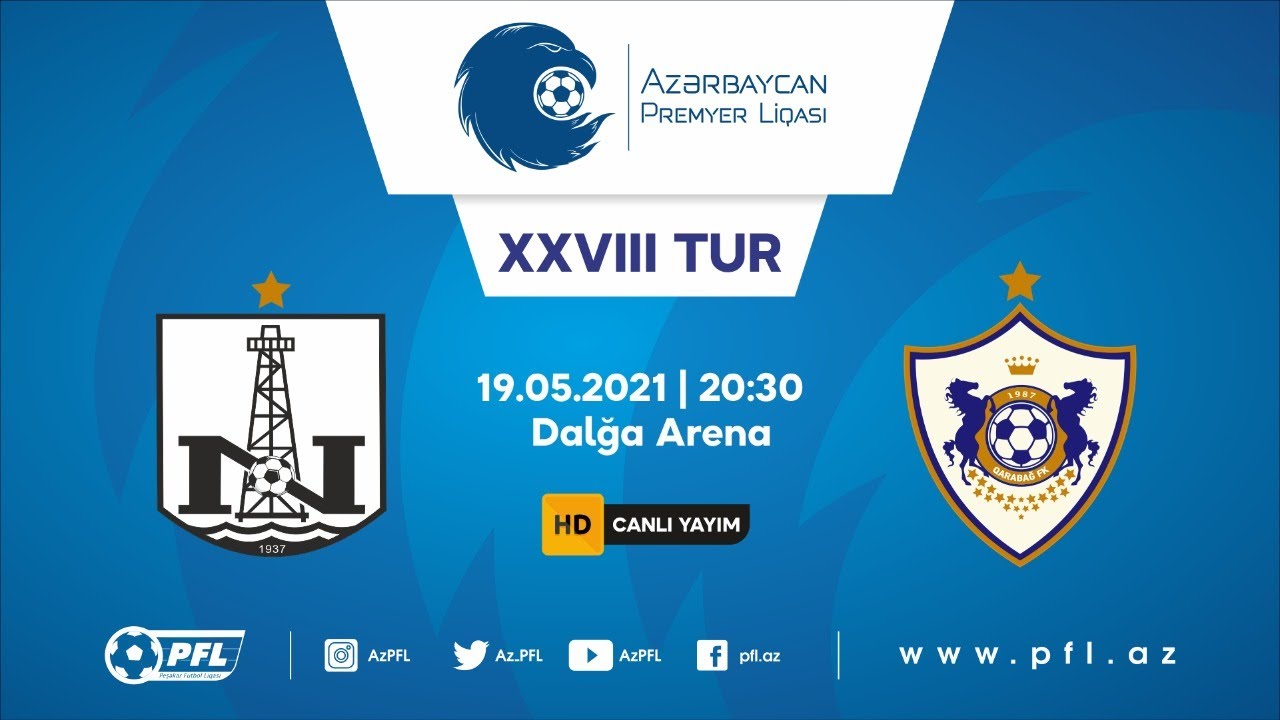 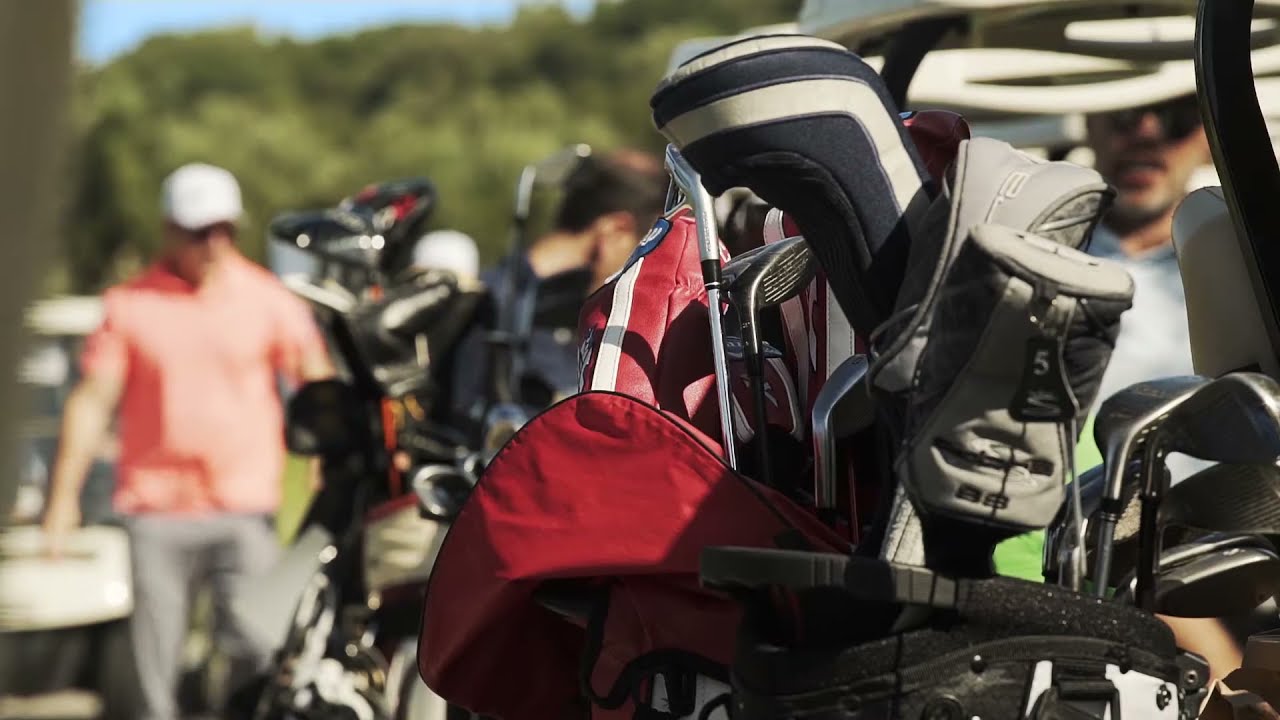