On this episode of Actually Me, 'Stranger Things' star Noah Schnapp goes undercover on the Internet and responds to real comments from YouTube, Reddit, Instagram, Twitter, Quora and Wikipedia. Is Millie Bobby Brown secretly Noah's mother? Are they shooting season 4 of 'Stranger Things?'

Hubie Halloween is now available exclusively on Netflix. Noah has also partnered with Shine The Light On and launched a merch collection where 100% of the profits are being donated to Feeding America. Check out the line here:

Subscribe to GQ magazine and get rare swag: https://bit.ly/2xNBH3i

For more than 50 years, GQ has been the premier men’s magazine, providing definitive coverage of style, culture, politics and more. In that tradition, GQ’s video channel covers every part of a man’s life, from entertainment and sports to fashion and grooming advice. So join celebrities from 2 Chainz, Stephen Curry and Channing Tatum to Amy Schumer, Kendall Jenner and Kate Upton for a look at the best in pop culture. Welcome to the modern man’s guide to style advice, dating tips, celebrity videos, music, sports and more. 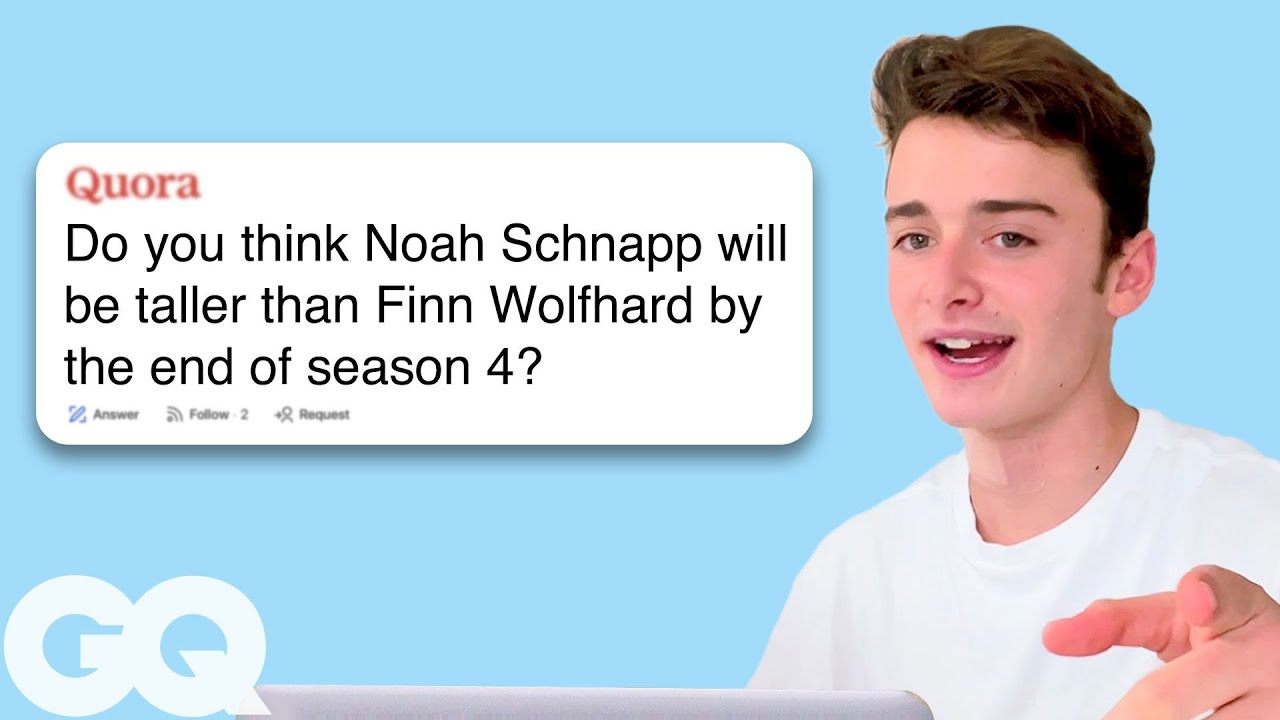 - Hey GQ. I'm Noah Schnapp and I'm going undercover on the internet. This is "Actually Me". [dynamic music] YouTube. - We're gonna have to wash this. - Oh no, no, no, Millie. - Noah! - iiCloudy asked, Millie is actually Noah's mom, I swear. Yes, that is very true. Millie has been known to kind of mom me around. When we're at dinner she'll order for me sometimes and stuff.

And it's great, it's like a second mother. I love Millie. - Hi, I'm Finn Wolfhard. - And I'm Millie Bobby Brown.

- And I'm Noah Schnapp. Next up, we got Bailey Carson with 100,00 likes on the comment. Asked, why is Noah the only one dressed like an actual teenager?

Honestly, I don't know. I mean, we all have our own styles. We all kind of dress differently, I guess. Finn's more of like a cool edgy rock guy and Millie's like very put together. And then, yeah, there's me. Hey guys, I'm back. And today I'm here with Venus Williams. Next up, we got Layla Berry asking, Noah, why have you stopped making videos? We miss them.

It was like quarantine. And then I kind of like got really busy, so I stopped posting on my YouTube channel. But I've been making a lot of videos and I filmed one like yesterday, so.

And I just reached out to a bunch of people for to make a YouTube video next week, which is really exciting. So look out for that. Would you happen to be a "Stranger Things" fan? Reda Noor asked, do you prefer Noah's hair how it is in "Stranger Things", or how he has it now? I prefer it now, because it's just, it's easier to manage, it's shorter, it's better. My dad, I think, had a bowl cut when he was little and then he cut it. So I don't know. I don't know what this bowl cut is, but hopefully Will cuts it soon. Next up, Instagram.

I don't know when it's coming out. Will.emmartin asked, how do you know Charli D'Amelio? Last year, like a year from now, when she was just kind of getting her fame, I slid into her DMs, and I said hi. And I said, you seem cool, we should hang out. 'Cause she lives, she used to live in Connecticut, near me. And then she responded, Noah, what's up? And we got each other's Snapchat, and we started talking. And then months later we coordinated a collab. And fun fact, she was actually the last person I saw before the lockdown happened.

Posted. Andreaolivo09 asked, wait, I'm confused. I thought they were not gonna film 'cause Coronavirus.

So we started filming in February, or March or something. And then, literally on the first day, or second day, Corona lockdown happened. Everything shut down. We all were in quarantine. And then we've been waiting since March to start filming. Moving on. First up, Twitter. Andy asked, why did I just find out Noah Schnapp has a twin sister? I do have a twin sister, her name's Chloe.

A lot of people are surprised when I tell them that. We're kind of similar, but she's great to have around. And I love her.

Why did that person just find out? Maybe they saw her on my Instagram, or on TikTok. 'Cause she has a TikTok too and she posts a lot with me. Bellelasker asked, going through TikTok I think that Noah Schnapp is the best celebrity as he usually responds to most his fan base. That is so nice. I really appreciate that so much. I try as hard as I can to reply to as most people as I can. And my friends usually send me TikToks about me so I can comment on them, but it's sometimes it's hard. 'Cause for one period of time I started replying to everyone.

And then my whole For You page became all about me. And then I like, I couldn't escape myself on my TikTok. So I had to take a break from it for a little bit.

But I try my best to reply to everyone. klamillewarrior asked, why is it that I've had a crush on Noah Schnapp for over a year? That's so nice. I appreciate it, I love you too. Replied. Seriously, it's actually me. Wikipedia says, Schnapp's desire for acting started when he was about five years old after watching a Broadway production of Annie. That's not really where I found my love for acting, but I did say that a few times because I thought that was a better story. But the real place I got into acting was when I took an acting class when I was like six years old, and then I did it for two years, and then the acting teacher recommended me to try out acting.

So I was like, why don't I try this out? So I went for it. Schnapp voiced the lead character, Charlie Brown, in 2015's "The Peanuts Movie".

Schnapp's first onscreen role was in Steven Spielberg's historical drama "Bridge of Spies", along with Tom Hanks. That's facts. In the beginning of my career I was doing a bunch of stuff like commercials, and voiceovers, and little things. And I was like, mm, do I really like this? And then all of a sudden I did this Charlie Brown movie, which was crazy. And then I did this Spielberg movie with Tom Hanks, like all in the same time. And I remember having my 10th birthday on set with Tom Hanks. So it was just all happened so fast. And I knew right from then, right after I worked with Tom Hanks, I was like, I wanna do this forever.

My birth name, Noah Cameron Schnapp. Yeah, fun fact. I was actually thinking right when I started "Stranger Things" to change, to have a stage name, like Noah Cameron, because it sounds better. But I never did it. And now I'm stuck with Noah Schnapp so. Height, five nine. Sadly, that's true. But I just went to the doctor and they said I'm still growing, so I've got time. Noah has a twin sister, Chloe.

Yup. He's four minutes older than Chloe. When they were trying to take me out of my mom, I had this thing called jaundice, and they had to put me in a window.

So good story there. Next up, Quora. Do you think Noah Schnapp will be taller than Finn Wolfhard by the end of season four? Finn's tall. I mean, I hope so. I wanna be tall. I just wanna be like six feet tall. I feel like that'd be, oh. I feel like six feet is just.

If you can say that. Or even just five 11, so I can round up. Next one, where does Noah Schnapp live?

In New York, I love it here. Reddit. Fans of Will Byers in this sub, what are you hoping to see from him in season four? Pocketsfancy replied, I'm hoping for a Will/El duo. They haven't had many, if any, one-on-one scenes or conversations. They both have a specific experience with the Upside Down that the other kids don't have, and that could bond them. As you can see if you watch the third season, at the end, Will and Eleven kinda move away together. So I would definitely expect more from them together, which is pretty exciting. Me and Millie have a lot of fun on set.

So it'll be good. That's it guys. Thanks for the questions.

I will be signing off the internet. 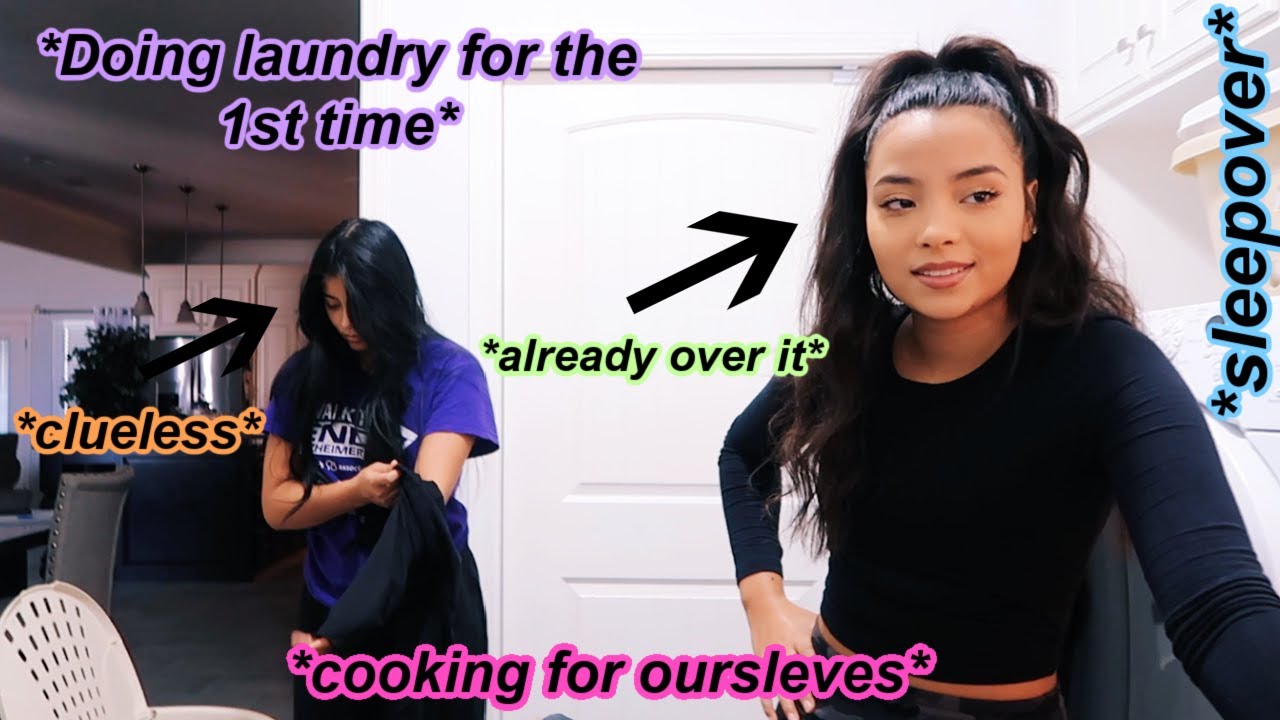 27:37
Living on our OWN for a week! | MontoyaTwinz
Montoya Twinz 19:13
Cluttered GOODWILL Shelves Are My Favorite | Thrift with Me for Ebay | Reselling
Crazy Lamp Lady 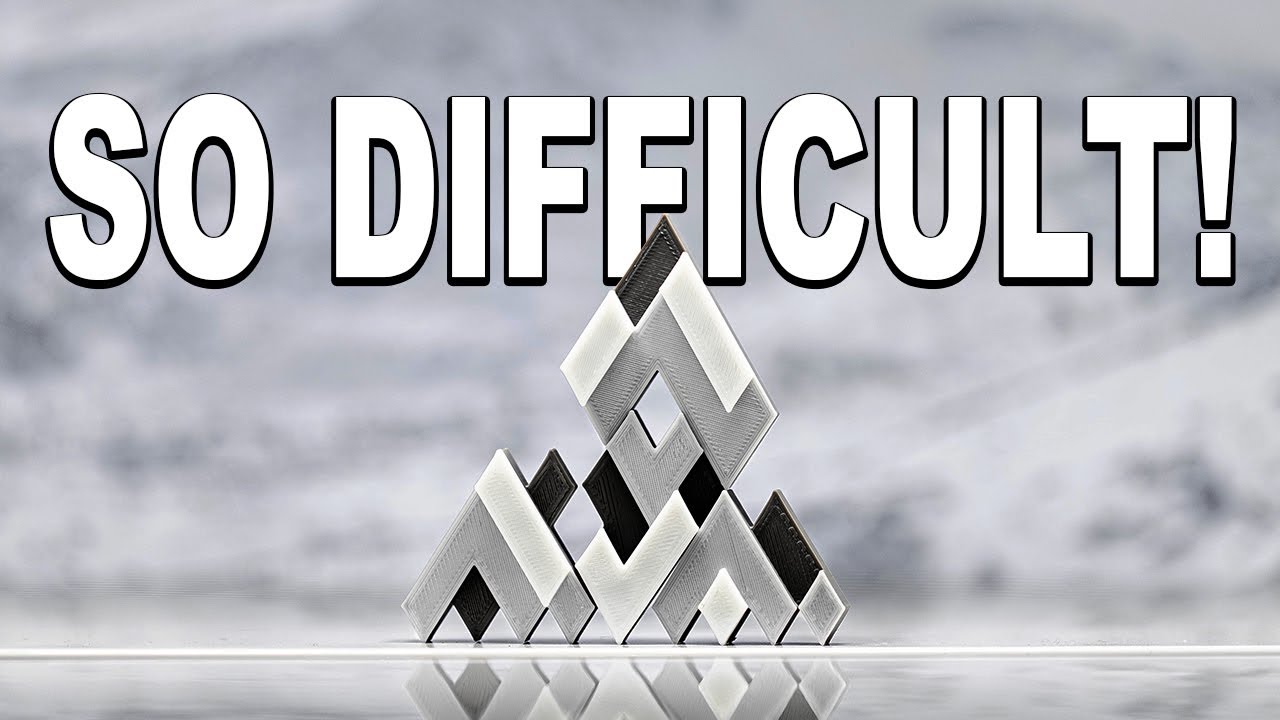 20:01
Solving The Most IMPRESSIVE Jigsaw Puzzle!! (The PEAK)
Chris Ramsay 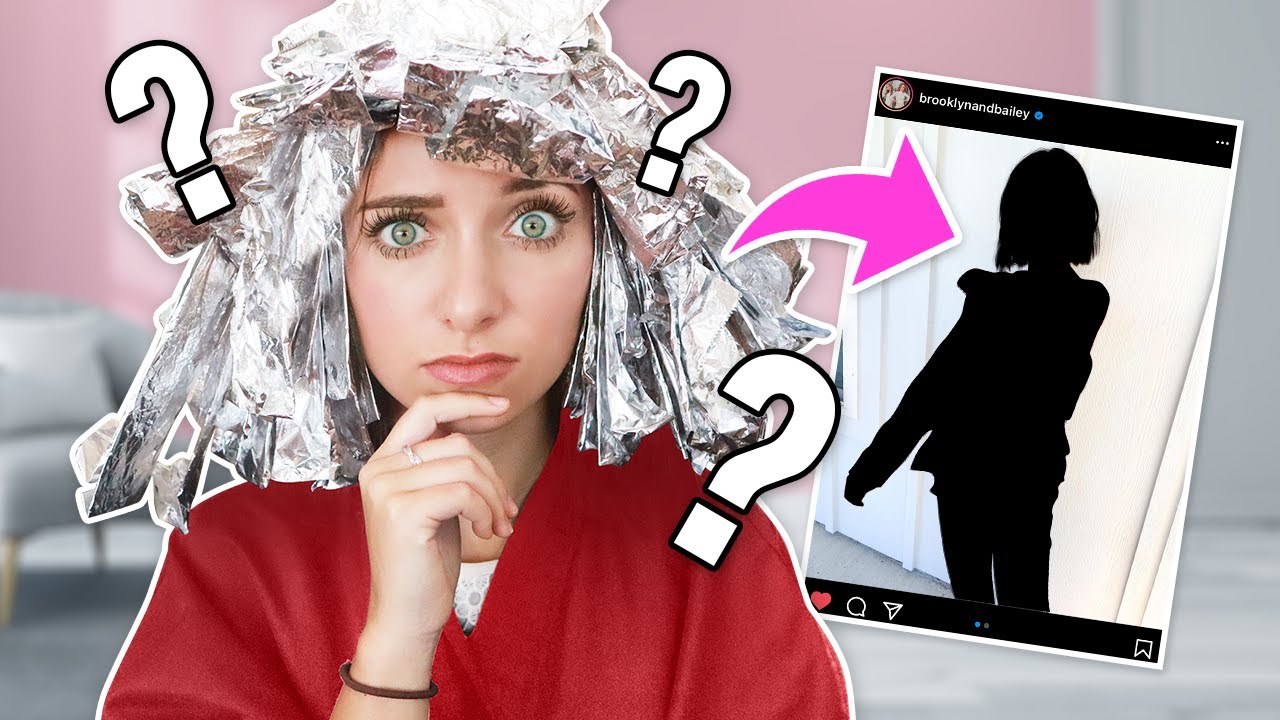 08:00
Bailey's NEW Hair Color | Can You Guess?
Brooklyn and Bailey 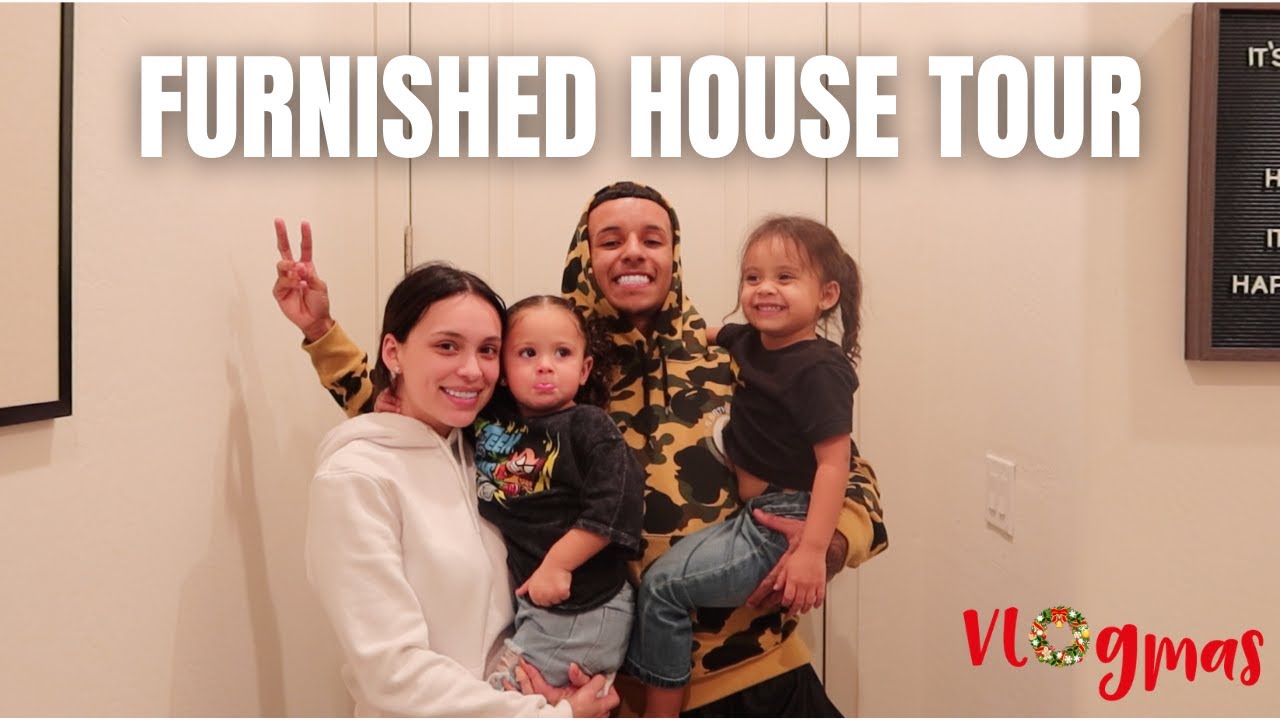 15:10
Last to Leave HOT vs COLD Pool
The Ohana Adventure 04:27
Where Were You When Sting Made his Shocking AEW Debut? | AEW Dynamite Winter is Coming, 12/2/20
All Elite Wrestling 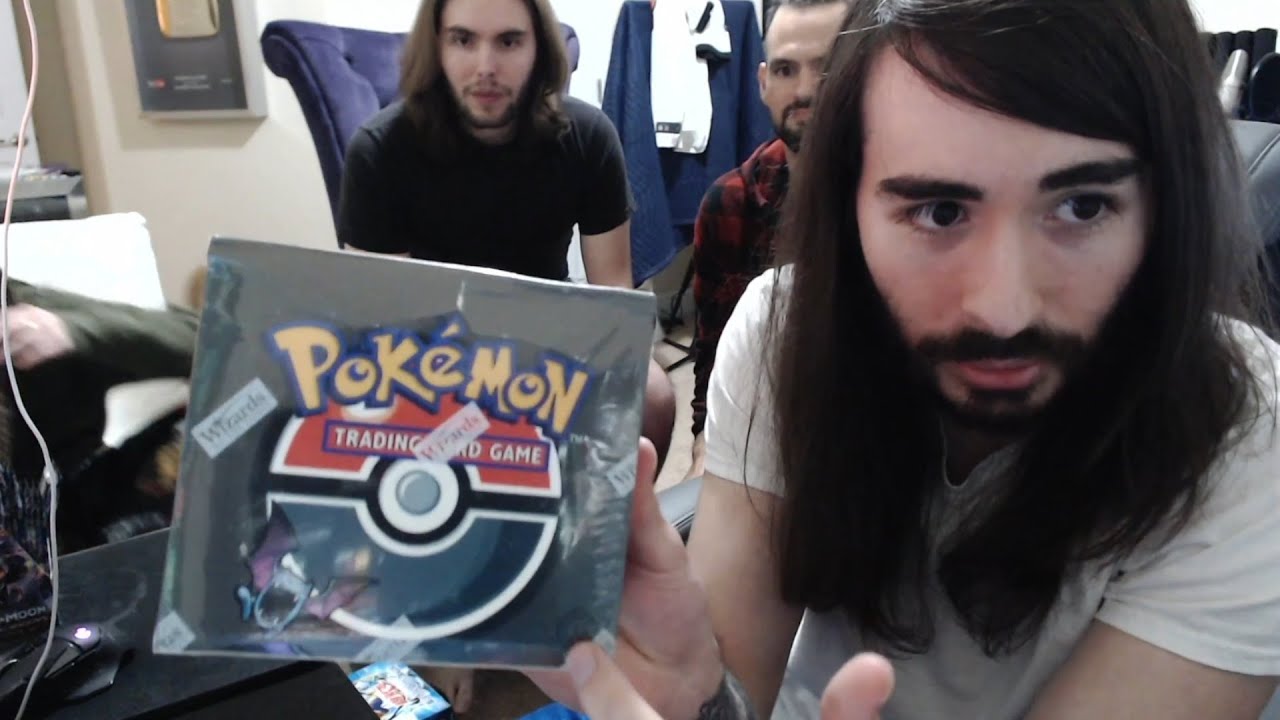