A deadly outbreak is spreading in my ant farm, and I don't know what to do. My yellow crazy ant colony, named the 'Golden Empire', has just moved into their brand new terrarium (the 'Crystal Catacombs') but as I was observing them living their lives in their new territories, I noticed signs of a deadly pathogen, a pathogen they've actually dealt with before. I'll need your help, ant lovers! We can solve this crisis together, as we have in the past. Let's hope our ants recover from this! Ant love forever! This video was shot in 4K Ultra HD resolution.

Join the Great AC SENATE to get access to new perks/voting powers on this channel:

Special thanks to nature photographer and biologist Alex Wild for allowing his photos to be used in our videos. Check out his amazing nature photography and order some prints: http://www.alexanderwild.com

If you're new to the channel, catch up on your "AntsCanada Lore" with this playlist of the complete history of the ants of this channel: https://goo.gl/hVFxc2

CLOSE CAPTIONING "CC" available for this video. Please feel free to contribute to translating/CCing this video into another language: http://www.youtube.com/timedtext_cs_panel?tab=2&c=UCONd1SNf3_QqjzjCVsURNuA

A brand new video is uploaded on this channel every Saturday at 8AM EST (with frequent bonus videos) so be sure to SUBSCRIBE to the channel to catch every ant video we release! Thank you for the support.

Get our new AC Hybrid Nest 2.0 ant farm or

▶▶▶Got a question about ants or AntsCanada? Visit our website FAQ: https://goo.gl/mJPEqn

▶▶▶Want an ant farm? Check out our ant shop. We ship worldwide: http://goo.gl/I4l7Ho

▶▶▶Need to buy an ant colony for your ant farm, or do you have ant colonies to sell/give away? Find out more about our GAN Project: http://goo.gl/jzo9Lc

Email us at [email protected] for any questions or inquiries.

About AntsCanada.com: We believe ants are the most amazing creatures on the planet, and every new discovery about their micro world gives us some profound insights into the world around us and ourselves. Bringing the ant farm and love of ant keeping to a whole new level, we are dedicated to show the world the joys of keeping big and healthy pet ant colonies. Shipping worldwide since 2009, we are innovators of ant keeping products for ant lovers and museums alike. 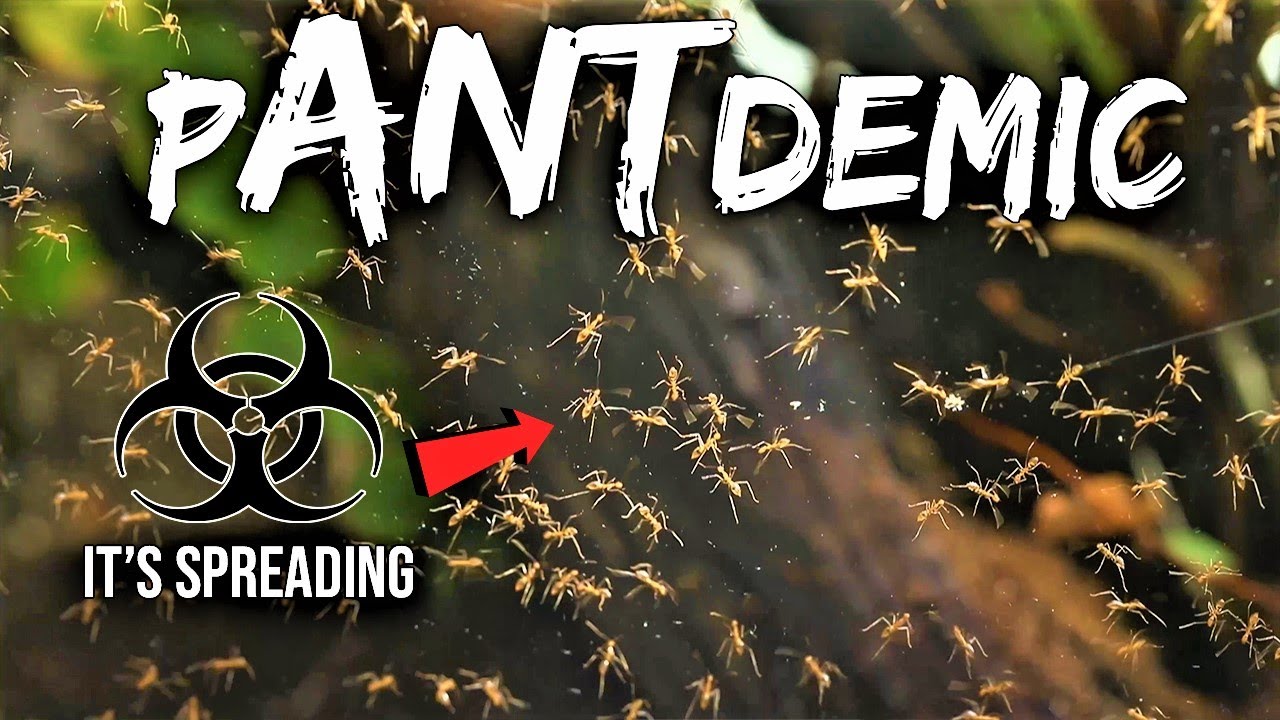 But now on to some order of business we needed  to take care of. Up on the peek of this plateau   is fixated a sacred sacrificial table, placed here   to be the site of our food offerings. Ever since we created this terrarium,   I couldn’t wait to finally place a roach  onto it. And here was that roach now. AC Family, it was time to witness the ants’  enjoying this delicious house warming gift! In goes the roach! Please SUBSCRIBE to my channel and hit the  BELL icon! Welcome to the AC Family. Enjoy! It’s night, here in these mystical lands you  guys have officially named in our last episode   the Crystal Catacombs. Every night here in the  Crystal Catacombs the crystals illuminate with   a magical glow and the ants that had just  moved into these lands the night before,   have come to love these crystals.

They crawl all over the crystal beds, seemingly  absorbing the spiritual energy they emit,   before moving on to carry out  their business for their colony. These ants belong to a powerful  army known as the Golden Empire,   and you’ll see just how  powerful they are in a bit. But, little do they know, the Empire is in danger. Yes, all of you who’ve been following these ants  and their long, difficult journey, may be shocked   to know something serious threatens the Golden  Empire yet again, and a lot of you guys even   spotted signs of it, before I did.

The ants are  harbouring a deadly enemy: an outbreak of sorts,   which you will see in a bit. I’m not sure  what we’ll do, but keep on watching until   the end to let me know how you think we should  help them overcome this very lethal ‘outbreak’. Rumours were swirling around the lands that  the colony’s first fattened cockroach meal   was on its way to be placed on the great  sacrificial altar at the top of the   mountain.

This morning, the Golden Empire  was busy exploring their new territories. Never before had the Golden  Empire seen such a vast   rocky and green kingdom,  not this generation anyway. Many ants loved licking the  dewey moisture from the leaves   of pillowy moss, which grew in carpeted  bushes throughout the landscape. It brought me such great joy  to know the ants were truly   enjoying their grand new  kingdom we built just for them. The crystals were now off, but the ants  still enjoyed crawling all over them. They look kinda nice on their beds of  crystals. They gathered around them   to socialize and loiter, before  moving on with their business. And speaking of business, the Golden  Empire’s main priority right now   was the digging of their tunnels. The ants had  spent the whole night excavating some impressive   tunnelwork into the soils of the Crystal  Catacombs.

There was much room to expand   their living quarters in these lands. Ants  lifted big chunks of soil and piled them up   to create mounds of earth. These lands were  officially property of the Golden Empire,   and their smaller friends, another ant colony  which is still waiting to be named by you, guys   so leave your name suggestions in the comments  for these little ants, that co-inhabit the Crystal   Catacombs with the Golden Empire.

We’ll vote  for their official name in a future episode. The ants have even found small natural  crevices in the rock which formed perfect   caverns for the ants to nest in. These  lands were full of little such surprises. But little did these ants know, a big surprise was  about to come to the light, and it wasn’t so good. Suddenly, a rumble in the sky. The daily storm was rolling through and soon  a shower of invigorating water fell onto the   Crystal Caverns to provide moisture and hydration  to all plants and inhabitants of the territories. And then, the storm was complete. Droplets of water covered the plants,   from which the ants could drink whenever they  were thirsty. These ants were moisture loving   ants and danced through the thick fog that blew  through the lowlands of their new mountain home.

The future was looking bright for the  Empire but it seems, not for long. Behold, the sacrificial  altar. The rumours were true!

The ants could smell their fattened  cockroach being chopped up nearby,   which meant their first meat offering was arriving  soon. Some of the ants hung around and gathered   at the sacrificial altar, crawling along its  various chains that adorned the stone table. And here it came. The great hand  delivered a delicious chopped up roach,   fresh from the roach farm. One ant found the roach and  began to snack on its juices. After it had its fill, it immediately  darted about releasing a pheromone to   inform the colony of the amazing food it  discovered. This ant was shouting, “Guys,   our meal has arrived! Come help! Tell all  the Empire.

It’s time for us to feast!” Those who first got word of the roach  rushed up to the altar to have a taste! This process of ants finding the roach, having  a taste, then going back to inform the colony   continued. It wouldn’t be long now before  a swarm would be arriving for the feast.

Let’s watch the action as the ants come  around, and look very carefully guys,   because it was during this feeding  frenzy that I first saw the red flag,   the outbreak that was a very  big threat to the colony. Alas a great swarm of ants were devouring  all the gooey, edibles from our roach. They filled their social stomachs up like  balloons before heading back to the colony   to regurgitate the contents  to the rest of the colony. But as I was watching the swarm, I caught sight  of a little blip of red. Oh, no! What is that?! No way! Could this be true? Mites!

The Golden Empire had been infected   by blood sucking mites before  and it almost wiped them out! We managed to get rid of them after two years  of careful quarantine, but seeing this mite   here scared me beyond words! I couldn’t believe  the vampiric blood sucking mites have returned!

In fact, some of you guys had great eyes  and spotted them in last week’s episode! The good thing is, it didn’t seem like it was a  widespread outbreak at the moment, which is good. A mite biologist once told me that if a  colony is healthy they stand a greater   chance of keeping such mite parasite populations  low, and having increasing numbers of workers   means there’s less of a chance the mites  will be able to find each other to mate. And so now, AC Family, here’s  where I need your help! What should I do? The last time this  happened, I used predatory Hypoaspis mites   harvested from rhino beetles to help  eradicate the vampiric blood sucking mites   from a quarantined sample of the colony. I currently don’t have any rhino beetles,   but perhaps I could try to find some? I’m  not sure if they’re in season at the moment,   but they should be emerging from their pupae  underground in March. I could try to find some!

But even if I do maange to  harvest Hypoaspis mites,   does this mean I need to recollect the  colony again to keep them in a confined space   so the Hypoaspis mites could eat the bad  mites? Or perhaps I could just try to hunt   down the mite-infected ants and kill  them or feed them to my fish, so sad. Or maybe I shouldn’t worry.

Maybe now  that the ants have these vast territories,   I can boost their food intake and  hope they have a population boom   making it hard for the mites to keep up and  breed. It’s not like we can tell the ants to   social distance, but perhaps the mite problem  can disappear naturally if I support the ants’   population growth at maximum level, and hope  these mites don’t advance to pandemic levels. Let me know your suggestions, AC Family. I’m  so sad about this and hope our Golden Empire   perseveres, as they always have over  the years we’ve been caring for them. Once again, AC Family, the fate of  the Golden Empire is in your hands. Hope you can subscribe to the channel as we  upload every Saturday at 8AM EST. Please remember   to LIKE, COMMENT, SHARE, and SUBSCRIBE if you  enjoyed this video to help us keep making more. Be sure to visit AntsCanada.com for  all your ant keeping and collecting   gear shipped to you in a special package  from our ant-loving facility in the USA  In this week’s AC Question of the Week we ask: What were the ants filling up like a balloon as they were feeding on the roach? 04:56
The Ponds Are Full!
The Fish Whisperer 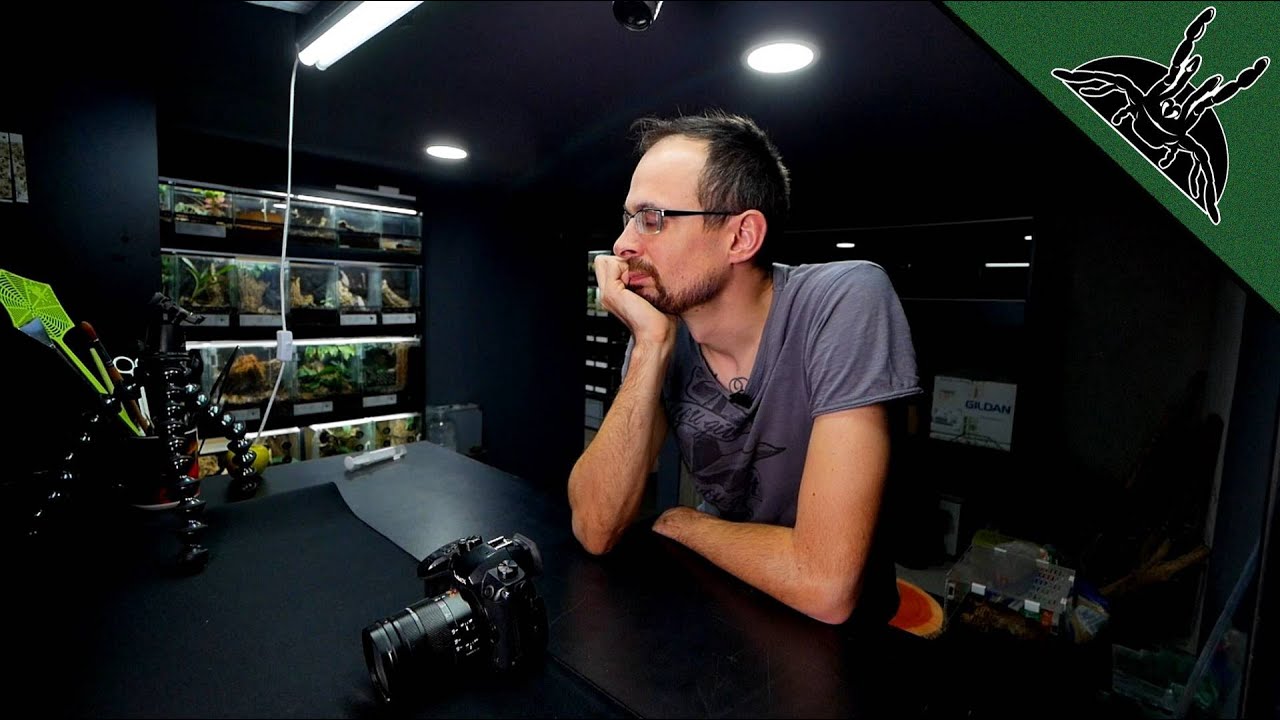 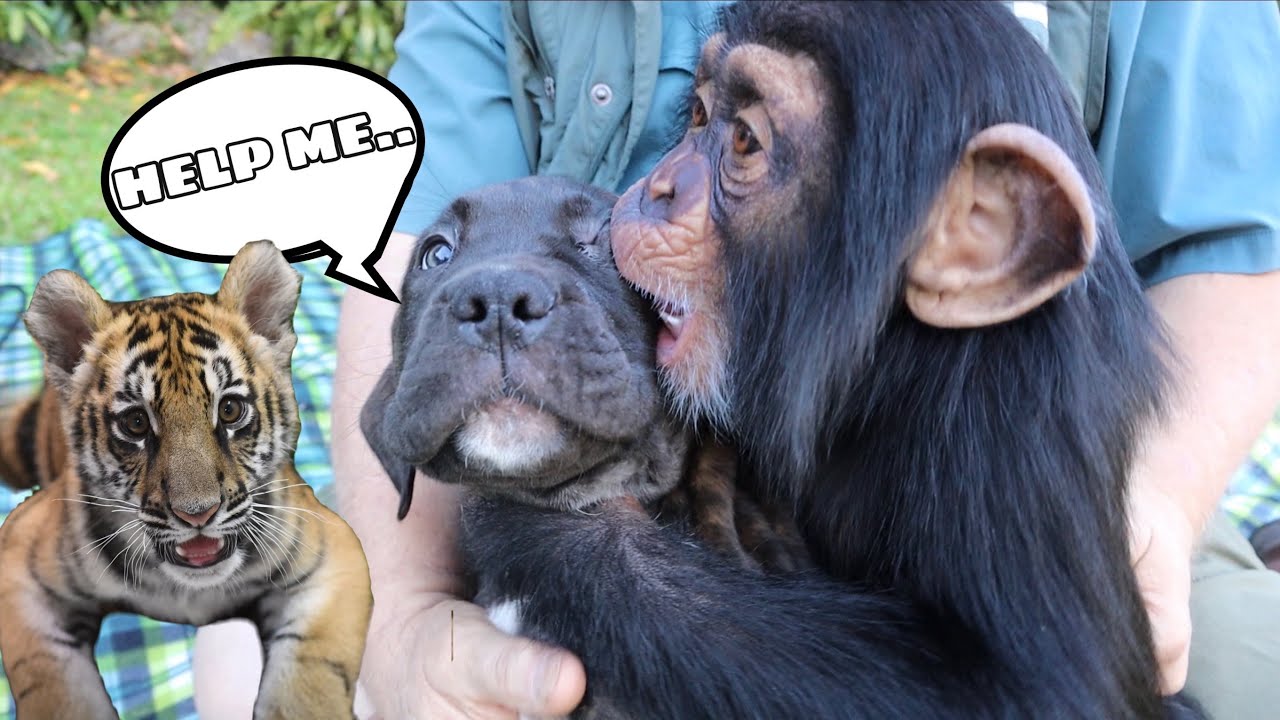 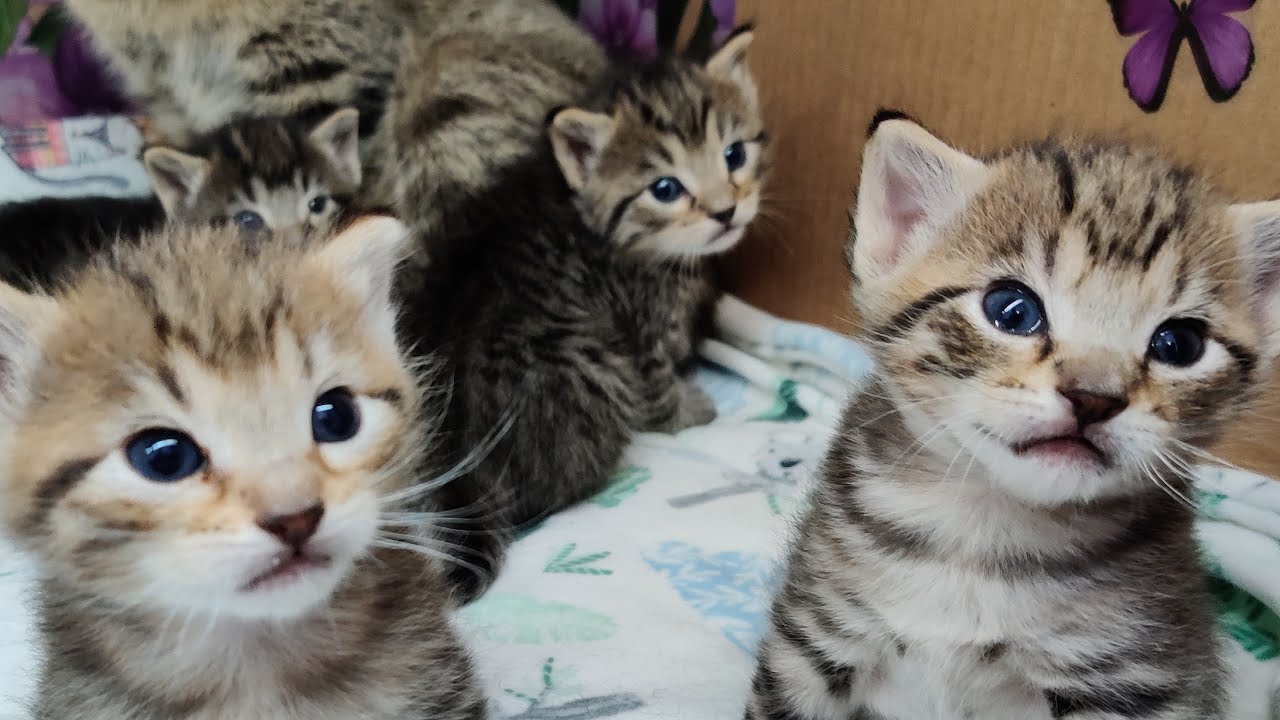 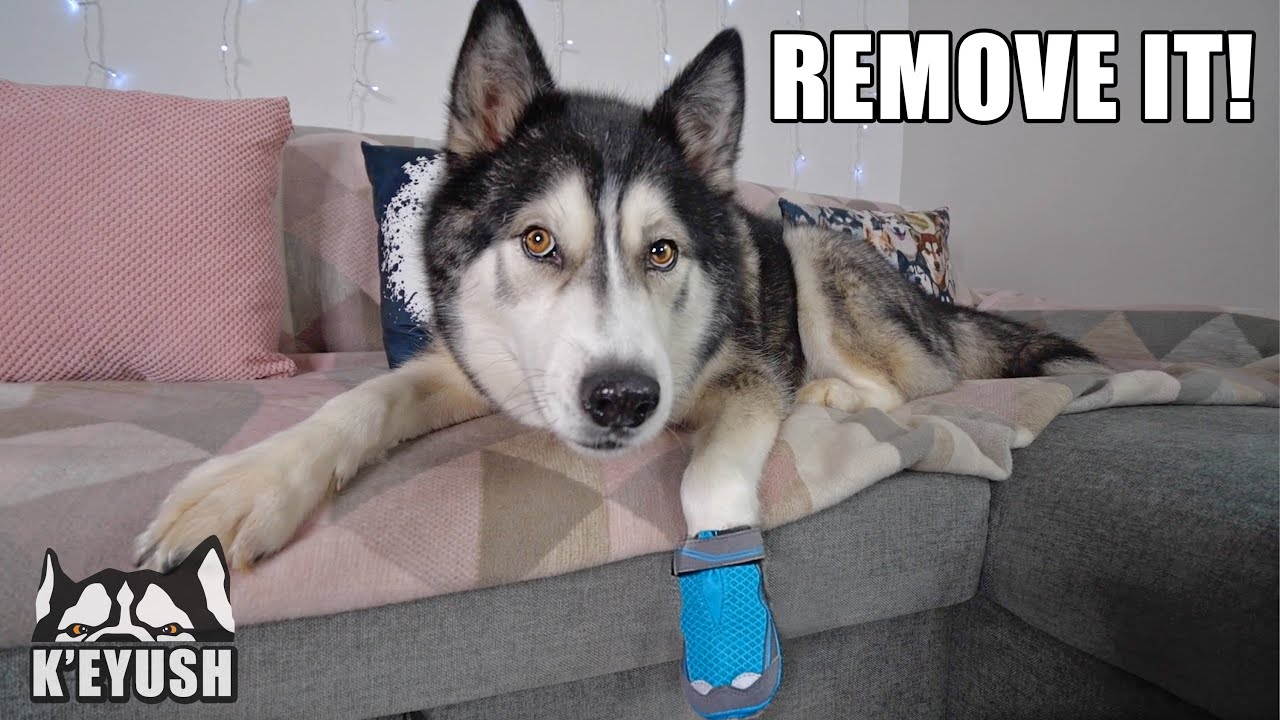 03:44
Husky NOT Happy About Wearing a Boot it! He HATES it!
K'eyush The Stunt Dog 08:50
一开始还担心哈利会欺负小黄，但是结果让我大吃一惊！\I worried Harry would bully XiaoHuang however the result surprised me！
养犬兄妹
The Animators For HTTYD Argued About Whether Dragons Are More Like Cats Or Dogs (Kitties And Doggos)
AVIARY POND BUILD! Part 1!